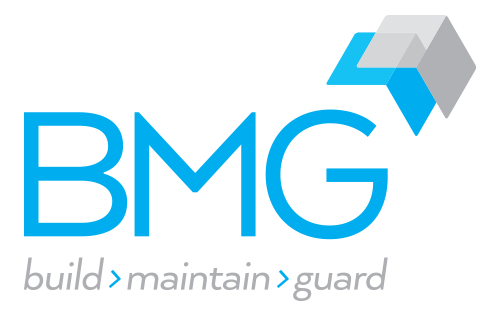 This year’s Federal Budget includes the most significant changes to Australia’s superannuation system since 2007, plus tax initiatives to support low income earners and small businesses.
On Tuesday 3 May, Federal Treasurer Scott Morrison handed down the Federal Budget for the 2016–17 financial year. The Budget measures are designed to aid Australia’s transition from a mining-led economy to a stronger, more diversified economy that encourages innovation and supports job growth.

Although the Budget offers tax breaks to support low income earners and small businesses, far-reaching changes to superannuation rules are likely to impact the retirement strategies of many Australians.

Individuals with super balances under $500,000 who don’t reach their concessional cap in a given year will be able to carry forward their unused cap amounts on a rolling basis over five consecutive years.

A lifetime cap of $500,000 for non-concessional contributions has been introduced, effective immediately. This replaces the existing annual cap of $180,000 (or $540,000 every three years under the bring-forward rule).

The lifetime cap takes into account all non-concessional contributions made from 1 July 2007. Contributions made after the Budget announcement that exceed the cap (taking into account all previous non-concessional contributions) will need to be removed or will be subject to the current penalty tax arrangements. However, there will be no penalties if the cap has been reached or exceeded prior to the Budget announcement (7.30pm AEST, 3 May 2016).

The current work test that applies for people making voluntary contributions between age 65 and 74 will be removed as of 1 July 2017. This will make it easier for older Australians to contribute to super.

Individuals will also be able to make contributions for a spouse aged under 75 without requiring the spouse to satisfy a work test.

The tax exempt status of income from assets supporting transition to retirement (TTR) income streams will be removed from 1 July 2017, with earnings to be taxed at 15%. This change will apply regardless of when the TTR income stream commenced.

Further, individuals will no longer be able to treat certain income stream payments as lump sums for tax purposes, which currently makes them tax-free up to the low rate cap of $195,000.

Those already in the pension phase on 1 July 2017 and whose balances exceed $1.6 million will need to either withdraw the excess or transfer it back into the accumulation phase.

For Division 293 purposes, the definition of ‘income’ includes:

Division 293 tax will apply to any low tax contributions that exceed the $250,000 threshold, assuming they form the top slice of income.

The ATO will determine a person’s eligibility for the LISTO and advise their super fund annually. The fund will contribute the LISTO to the member’s account.

The current spouse super tax offset will be available to more people when the spouse income threshold changes on 1 July 2017. The threshold will increase from $10,800 to $37,000.

A contributing spouse will be eligible for an 18% offset worth up to $540 for contributions made to an eligible spouse’s super account.

Individuals will need to notify their super fund or retirement savings provider of their intention to claim the deduction, before lodging their tax return.

Anti-detriment provisions will be abolished from 1 July 2017, effectively removing the ability of super funds to increase lump sum death benefits when paid to eligible beneficiaries.

The anti-detriment provisions currently allow a fund to claim a corresponding tax deduction where it is able to increase the amount of a member’s death benefit to compensate for the tax paid on contributions.

The tax exemption on earnings in the retirement phase will be extended to products such as deferred lifetime annuities and group self-annuitisation products.

This initiative aims to allow providers to offer a wider range of retirement income products. This will provide more flexibility and choice for retirees and help them to better manage consumption and risk in retirement.

The Government also says it will consult on how these new products are treated under the age pension means test.

From 1 July 2017, the cap on concessional contributions will reduce to $25,000. Individuals with super balances under $500,000 who don’t reach their concessional cap in a given year will be able to carry forward their unused cap amounts on a rolling basis over five consecutive years.

The Government will include notional (estimated) and actual employer contributions in the concessional contribution cap for members of an unfunded defined benefit schemes and constitutionally protected funds. For individuals who were members of a funded defined benefit scheme as at 12 May 2009, the existing grandfathering arrangements will continue.

If a member of a defined benefit fund exceeds their lifetime cap, ongoing contributions to the defined benefit account can continue but the member will be required to remove, on an annual basis, an equivalent amount (including proxy earnings) from any accumulation account they hold.

To broadly replicate the effect of the proposed $1.6 million transfer balance cap, the government has announced that pension payments over $100,000 a year paid to members of unfunded defined benefit schemes and constitutionally protected funds providing defined benefit pensions will continue to be taxed at full marginal rates. However, the 10% tax offset will be capped at $10,000 from 1 July 2017.

For members of funded defined benefit schemes, 50% of pension amounts over $100,000 per year will now be taxed at the individual’s marginal tax rate.

Super objective to be enshrined in law

The objective of superannuation is to provide income in retirement to substitute or supplement the age pension. The government says it will embed this objective in a standalone Act, with an accountability mechanism to ensure that new superannuation legislation is considered in the context of the objective.

Starting from 1 July 2016, the company tax rate will be reduced to 25% over 10 years. Currently, small companies with aggregated turnover less than $2 million pay tax at a rate of 28.5%. Franking credits will be able to be distributed in line with the rate of tax paid by the company making the distribution.

The small business entity turnover threshold will be increased from $2 million to $10 million so that more businesses can access certain existing income tax concessions. These include:

The unincorporated small business tax discount will be increased in phases over 10 years from the current 5% to 16%. The following table indicates when the discount rates will apply.

This will ensure the average full-time wage earner will not move into the second highest tax bracket in the next three years.

Means testing arrangements for students and other payment recipients will be simplified from 1 January 2017. The changes include aligning the:

A range of social security measures aimed at savings to fund the National Disability Insurance Scheme are also proposed. These include:

Talk to your adviser

The 2016–17 Federal Budget contains a range of measures that could affect your current and future financial position. To learn more about what the Budget means for you, contact your adviser.

© Colonial First State Investments Limited ABN 98 002 348 352 AFS Licence 232468. This document has been prepared by Colonial First State Investments Limited ABN 98 002 348 352, AFS Licence 232468 (Colonial First State) based on its understanding of current regulatory requirements and laws as at 4 May 2016. This document is not advice and provides information only. It does not take into account your individual objectives, financial situation or needs. You should read the relevant Product Disclosure Statement available from the product issuer carefully and assess whether the information is appropriate for you and consider talking to a financial adviser before making an investment decision.
[/av_textblock]

Listen to the Journey Podcast